5 Fun Basketball Games for you to try

If you love basketball, and you want to enjoy this fun game in a multitude of other variations, we are happy to tell you that we have a number of enjoyable suggestions for you.

Being one of the most active, dynamic, and fun sports that promote teamwork and coordination, basketball can come in many variations. What are they? Take a look below for 5 fun basketball games for you to try.

If you can’t always get a large group of pupils at the same time, or if you don’t always have time for a full game, then this is the perfect basketball game. It comes very close to the traditional version but is played in just one half of the basketball court. As the name of the game suggests, it is played by two teams with three players each.

Scoring is slightly different too, where scores within the D are worth 1 point instead of 2, and those scored outside the D are worth 2 instead of 3. A match is only 10 minutes in length without any breaks and the first team to either reach 21 points, or score the most points, is the winner. A shorter length and smaller distance to run makes for a fun and exciting alternative. 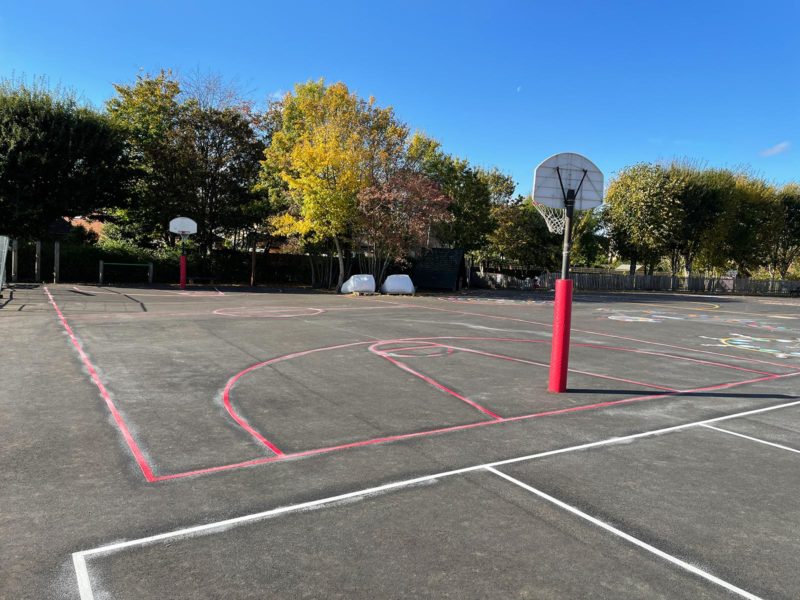 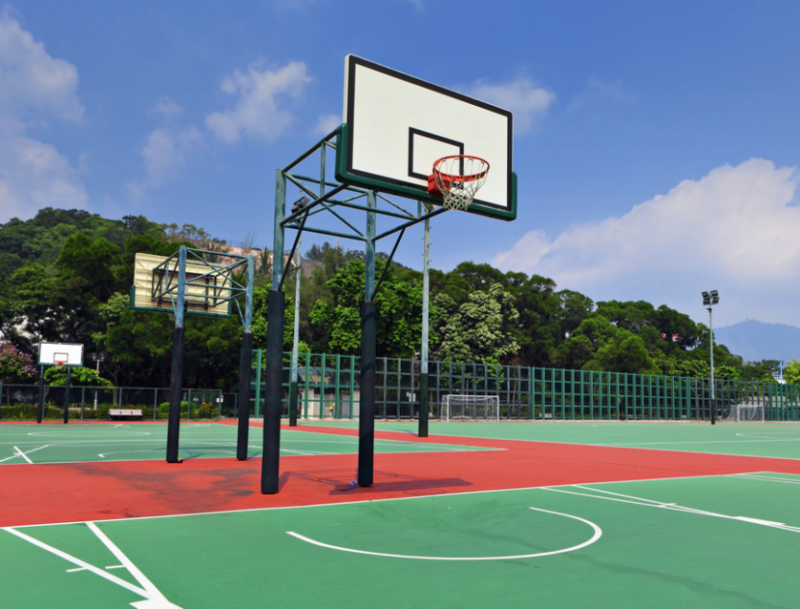 Just like 3×3 basketball, this game is played using just one half of the basketball court markings, however, it can be played by two or more players. There are no teams in 21, so every player ‘competes’ for themselves.

The game starts with a shot towards the hoop and the basketball must bounce off it without going through, after which each player will be competing for the rebound. Once a player scores, they get awarded up to three free shots if each go is successful.

The aim is to reach exactly 21 points, but this can be tricky since going over 21 points puts you back to 11. This is particularly challenging when you get free shots each time you score. In order to avoid scoring extra points from free shots, you must make sure to hit the basketball hoop so the ball can bounce back. If you don’t hit the hoop while trying to miss, you have to repeat the shot!

The game starts with the first person in line making a shot and trying to score. If they miss on the first try, they can get a rebound and shoot from wherever they catch the ball, as many times as they need to score. Once they score, they grab the ball and run to the back of the line, passing the ball to the next player who doesn’t have one.

The goal of the game is for the succeeding player to score before the proceeding one, having them drop out. This continues until there is only one player left, who is then the winner of the game. 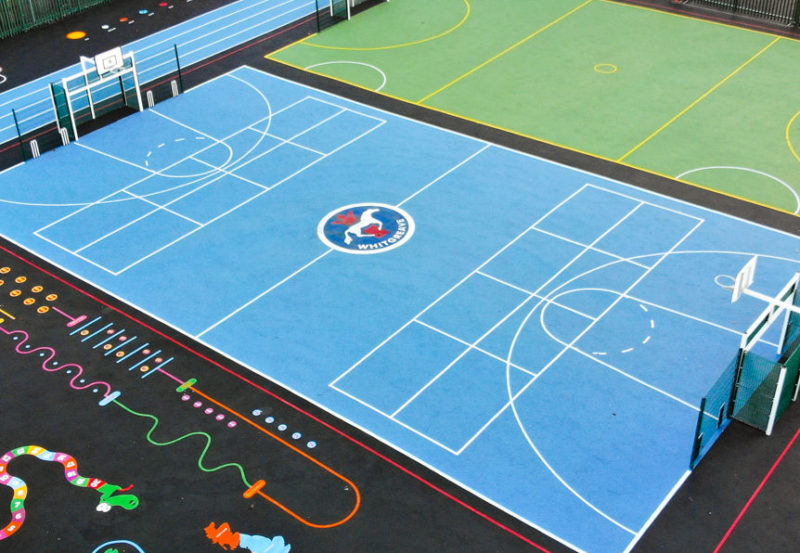 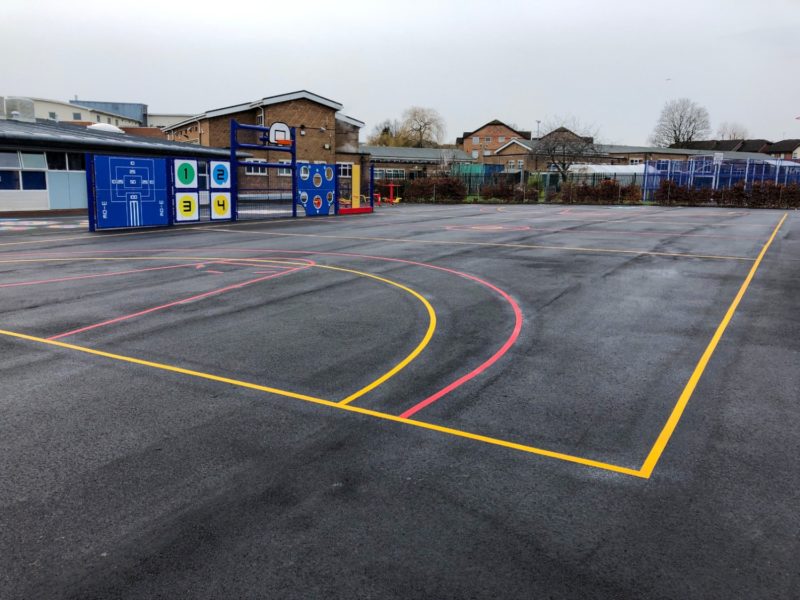 A very fun and simple game which is for two or more players. Pupils will take turns with their friends, shooting the basketball. Whenever one person scores, everybody needs to take a shot at the same spot where the scoring shot was made.

Instead of accumulating points for scoring, you will learn letters every time your opponent’s miss from the spot of your successful shot. The goal is to score from tough positions, so the other players would not be able to repeat the success of your shot, which will let you quickly earn all the letters and complete the word, winning the game.

You could easily switch with longer words to fit a larger group of players. You can also get creative and use on the game to educate smaller children too!

This game has a multitude of variations, and you can agree on additional rules with your peers. You need two players to be able to players this game.

Together, pick a few positions around the basketball court markings, depending on the age of the participants, with fewer positions for younger players. Each player must complete a course by shooting and scoring from all those positions. If they miss a shot, they go back to the beginning and start the course again.

This game can easily be modified to be more friendly or challenging for children. For example, you can make it easier by not having the participants go back to the beginning every time they miss. Instead, just take the total number of attempts at scoring for the entire course into consideration. If you want more of a challenge, you could add specific types of shots and at a greater distance for each course. Your imagination can run wild with this game! 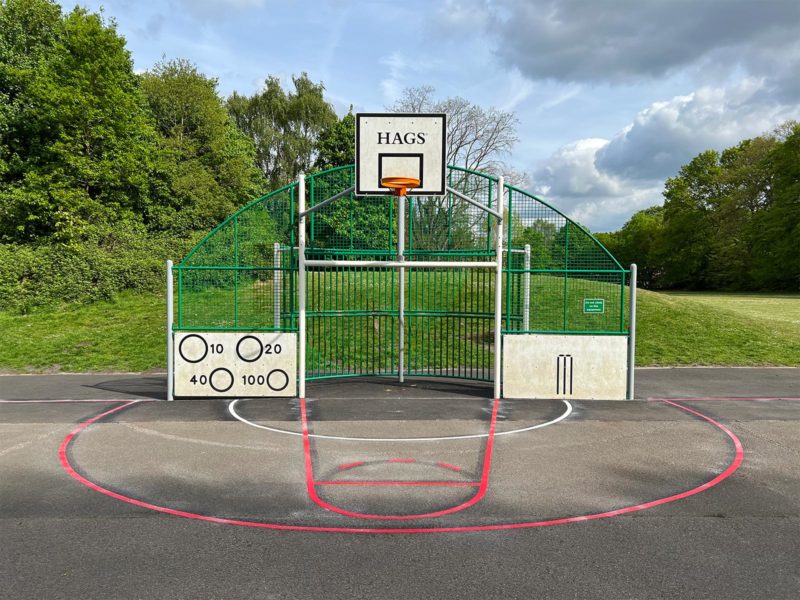 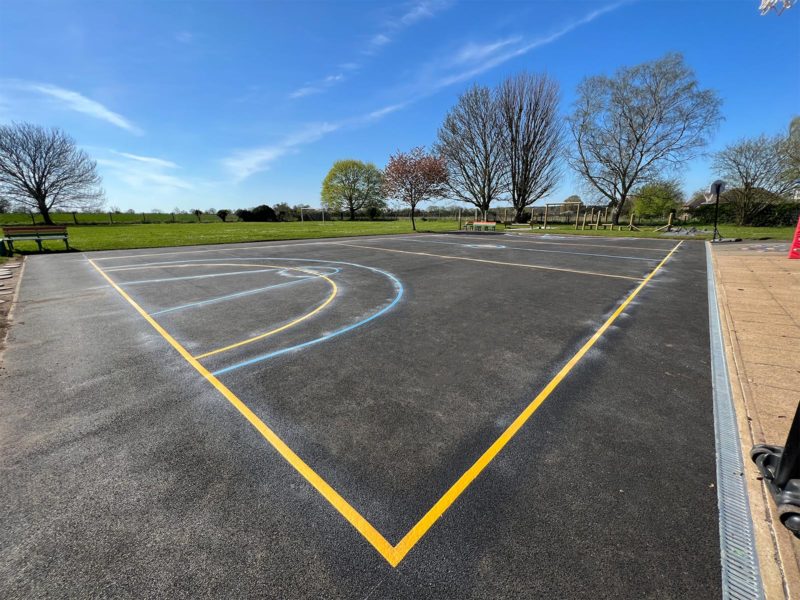 Those are just a few basketball games for you to try with your pupils during PE lessons or break times! All those fun games are better played on a fresh and engaging playground, so be sure to check out our range of durable and vibrant thermoplastic playground markings, including our two styles of basketball playground markings.

How to play Chess

Taking the classroom outside with Playground Markings 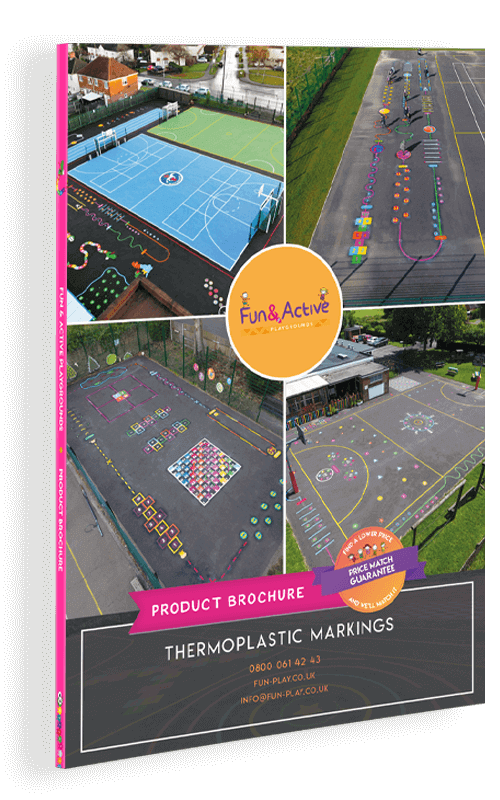 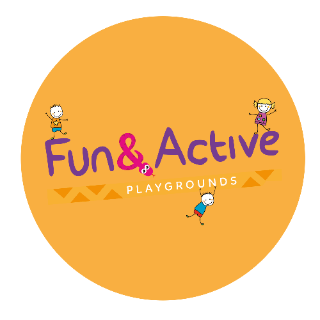